A Matter of Phones 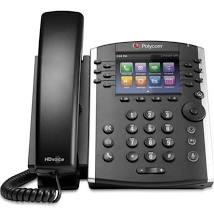 For those of you who remember, at one time innovation at the handset was limited. Replacing the standard handset cord with a 20′ cord was exciting. Adding the dongle that permitted the line to swivel around as you walked in a 20′ radius and not get tangled up was through the roof. Then came push button technology DTMF. Cutting the amount of time to communicate was now cut in half!

Here we are 30-years later and the handset is still the driving force behind all voice communications within the enterprise. There are many manufacturers, colors, features and functionality on the market today so how is an enterprise supposed to make a decision on which handset best fits the bill? Do you purchase the most slim line or technology savvy (aka. “Sexy”) looking phone? With so many options available in the market place, we need to break down what is truly important with the feature set that the IP Phone supports and how the organization will use it.

In a majority of cases, the purchase of phones will cost more than the new iPBX that was just budgeted, which is the real sticker shock. The easy route is to standardize on a single manufacturer and model. This makes support, training, deployment and maintenance relatively easy because everything is the same. I call this scenario the “dial tone”model because in essence that is all your organization will get is a face plate with buttons and dial tone. These phones are inexpensive and support the basic calling features. They are perfect for Common Area Phones and users that just need dial tone. Price wise they typically run between $59 – $90 a phone.

The next level of phones generally supports multiple lines and includes some form of a back-lit LED screen which is usually full of options for configuration. This mid-level phone may have a speaker phone and a USB input for a head set. A Message Waiting Indicator (MWI) light is also a plus so that you know when a voice message has been deposited for review. This type of phone typically runs between $100 – $150 per desktop. It supports conferencing, call transfers and has a hold button. More than likely there will also be a phone book that can be uploaded from a central server or manually added which makes frequently dialed simpler. This a general population type phone phone and will suit most organizations well over time.

The next jump in desktop phones addresses the lower end of the “Executive Phone” market segment by including colors display panels and configurable buttons to push for extensions. The foot print of the phone is noticeably larger than the Common Area Phone and rightly so as it is packed with features and options. This class of phone delivers features such as “Do Not Disturb” (DND) support and interacts with the iPBX with Presence notifications that alert the system when the phone is use. Interactive phone books are pushed down to the phone making finding the people in larger organizations easier. Coming in at $175 – $250 per phone, it is well suited for the professional that uses the phone on a frequent basis to accomplish their job.

The true “Executive Phone” has everything. It comes standard with a color display and is usually capable of delivering a video call as an integrated feature or through a USB add-on. This phone stands out in a crowd as it is usually very “tech savvy”, it sits at the heart of the operations. Make no mistake about it, this phone will support all of the available features of the iPBX whether you are using Skype for Business or Asterisk the manufacturer permits the ability to support either system with a firmware load and or license key. This will set the organization back anywhere from $300 – $1,500 per user with the higher end including integrated video support.

Here’s the nice thing about the majority of phones on the market today they  support some form of centralized configuration management. Using either FTP or HTTP,  configuration management and firmware updates can be pushed out to hundreds of desktops at once. They also typically offer web access for individual tweaking as needed and or troubleshooting.

So what are the features that are important for a desktop phone? That depends what type of iPBX system being used and the feature set it supports. In reality the 80/20 rule will apply; 80% of the user base will only use 20% of the features. The easy ones like:

Will get the most use in any organization. The user interface on the phone has to be intuitive and easy to use; if a manual is required to figure out how to enable or disable a feature, frustration will set in. Keep It Simple Stupid, still applies and is probably the best methodology to use in selecting handset for an organization. The IT professional must understand each groups individual requirements or face pitch forks and torches; then perform a balancing act in front of the CFO to make it all come together.

Competition is a wonderful thing! Open systems and standards have made it possible for the handset to become as powerful as the PC on your desk. Whats next?

Do NOT follow this link or you will be banned from the site!
MENU